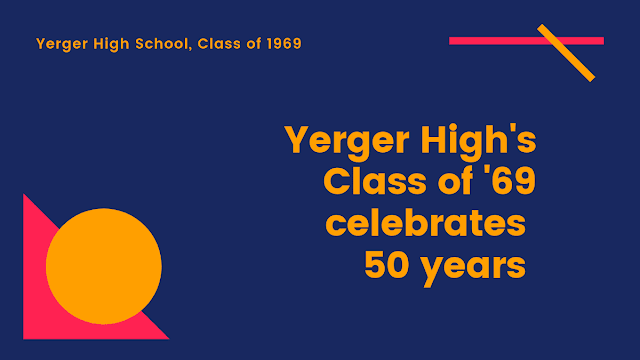 The transition of integration from H.C. Yerger High School to Hope High School after 1969 created a void for the alumni of the traditionally black YHS, writes Ken McLemore.

That void has been filled by the Yerger Alumni Association biennial Yerger High School Reunion.

“Honoring Our Heritage: Celebrating 50 Years of Closure” was the theme for the July 3-6 gathering which brought more than 200 Yerger alumni back to Hope to reflect upon the 50 years since the Class of 1969 was the final class to graduate in a Yerger Tiger commencement.

It is intrinsic to the community that has formed around the Yerger legacy that for each alumnus they are “Once a Yerger Tiger, Always a Yerger Tiger.”

“The Yerger Reunion began in 1969 with the closing of Yerger High School; and, it was originally held every five years, and presently is held every two years,” said former Hope Public Schools Superintendent Kenneth Muldrew, who serves as chair of the Yerger/Rutherford Scholarship Committee. “Vander Lloyd organized it, and was the first Henry Clay Yerger Alumni Committee president.”

The singing of the Black National Anthem at the outset of the welcoming ceremony set the tone for recognition of the accomplishments and memory of the Yerger alumni as Bishop Jones offered the invocation to bring the reunion to order in the memory of pioneer educator and YHS namesake Dr. Henry C. Yerger.

“We are here today to celebrate a great school that brought us here,” Jones said.

Pastor Alvin Hunter welcomed the alumni to Lonoke Baptist Church as part of a people of community growing up in Hope.

“We need to go back to the concept that it takes a village to raise a child,” Rev. Hunter said.

He said the parents, teachers, neighbors and friends represented in the lives of Yerger alumni understood community and the value of the education afforded Black children at the Yerger school complex on Henry C. Yerger Street.

“Doctor Yerger had a national community to train teachers,” Hunter said. “He had a legacy that should be remembered and never die.”

He said the efforts of the Yerger Alumni Association and the volunteers who maintained its legacy brought back to Hope the best that Yerger represented.

“We want to continue to bring the best for the children of Hope and their education,” Hart said.
Hope Mayor Steve Montgomery acknowledged the foundation which YHS laid for Hope.

“That foundation has grown and helped our community greatly,” Montgomery noted.

County Judge Jerry Crane reminded the assembly that their pride in being a Yerger Tiger was warranted.

“Share that with your grandkids and the students, about where you have been,” Crane said. “Sometimes, we need to go backward to go forward.”

Dr. Lynda Phillips Johnson, representing the Class of 1969, gave the acceptance, recalling that she is consistently asked what accounts for the success of so many Yerger students.

Johnson said the secret lies in an education system founded upon principles which are largely ignored in American society today.

“The education system was not designed to be the mother, the church, or the welfare system,” she said. “It was designed to educate.”

The ceremony was closed with the singing of the Yerger High School Alma Mater.

Despite rainy conditions, Thursday, July 4, was highlighted by the reunion parade, which assembled some two dozen units at the Yerger Middle School campus and traveled down Sixth Street, turning onto South Elm Street to proceed into downtown Hope.

Numerous of the graduating classes from YHS were represented with decorated cars, floats, and motorcycle units. The parade has been a staple of the celebration since the outset of the reunion gatherings, according to Muldrew.

“The parade has been, and is, a tradition of the reunion activities since 1969,” he said.

A native of Arkadelphia, Smith attended the Yerger schools at Shover Street Elementary and Yerger High School through the ninth grade, graduating from Hope High School. He attended Henderson State University in Arkadalphia before graduating from the University of Arkansas at Fayetteville with a bachelor’s degree in political science in 1972.

Smith received a Master of Public Administration degree from UA-Fayetteville in 1973, and earned his Juris Doctor from the Washington University School of Law in St. Louis, Mo., in 1976.

Smith was admitted to the practice of law in 1976, and served as a Reginald Huber Smith Fellow for Lansing Legal Services in Lansing, Mich., until returning to Arkansas to become managing attorney for Central Arkansas Legal Services in Hot Springs, serving Garland, Hot Spring and Clark counties.

Smith has been in private legal practice in Little Rock since 1981. He is a former radio host of “Black Thought,” is host of The Simmons S. Smith Show on Little Rock Channel 16; and, he is publisher of Arkansas Black Pages in print and online.

Hope High School 2019 graduating senior Christian Lowe was also recognized as the recipient of the annual Yerger/Rutherford Scholarship, which honors the legacy of Dr. Yerger and Will V. Rutherford, the last principal at Yerger High School.